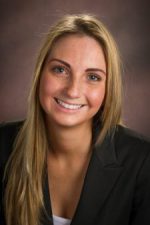 END_OF_DOCUMENT_TOKEN_TO_BE_REPLACED

You probably heard this phrase the very first time you encountered RSBC Advising. And then again in the advisor’s office. And again in another advisor’s office. It just keeps coming at you, like some kind of friendly, inspirational zombie.

END_OF_DOCUMENT_TOKEN_TO_BE_REPLACED

The Academic Services Office staff had a good laugh at this post, which shows every type of email professors receive from their students. We enjoyed this one especially:

hay professor i have 97 grandmothers, all dead, i will not be in class for the rest of the semester

Which is more tragic – losing 97 grandmas at once, or the affront to grammar and usage? To the professor, probably the latter.

Once the laughter finally died down, it occurred to us that it would probably be helpful for you to know the RIGHT way to reach out. Here are the most important tips:

END_OF_DOCUMENT_TOKEN_TO_BE_REPLACED

Even though we’re all enjoying these glorious first days of spring, now is the time to plan ahead for the Fall, since registration started on April 4th, 2016. It may be tough to wrap your brain around planning your fall schedule while your head is still trying to get with finals, but it’s a good idea to do it now.

When you get registration out of the way early, you’re better equipped to start the fall semester off on the right foot. What’s more, come fall you can spend time reconnecting with friends rather than waiting in lines, stressing about your schedule, or running around completing additional paperwork.

END_OF_DOCUMENT_TOKEN_TO_BE_REPLACED

Happy New Year and welcome back! This is the perfect time to set your new semester’s resolutions.

A good GPA is crucial to scoring good internships, interviews, and jobs. It is far more difficult to recover from a grade slip than to maintain them in the first place. The time to think about your grade goals is at the beginning of the semester – when you’re in control of your grades – rather than scrambling at the end to minimize damage. A few tips for maximizing your successes in the classroom: